A Theatrical Screening For International Independent Comedy Films in Nevada.

Film Festival Circuit will host a new bi-annual event in Reno, Nevada. All types of short comedy films from Nevada and internationally will be featured. Funny Music Videos, TV Pilots, Mockumentary, Comedy, Romantic Comedy and even Horror Comedy short films will be showcased.

Check out the films, videos and screenplays that will be featured at the Reno Comedy Film Festival Fall 2021 Event. Watch the trailers! Get info about the official selections and award winners. The tickets and schedule are available on Eventbrite! (LINK) 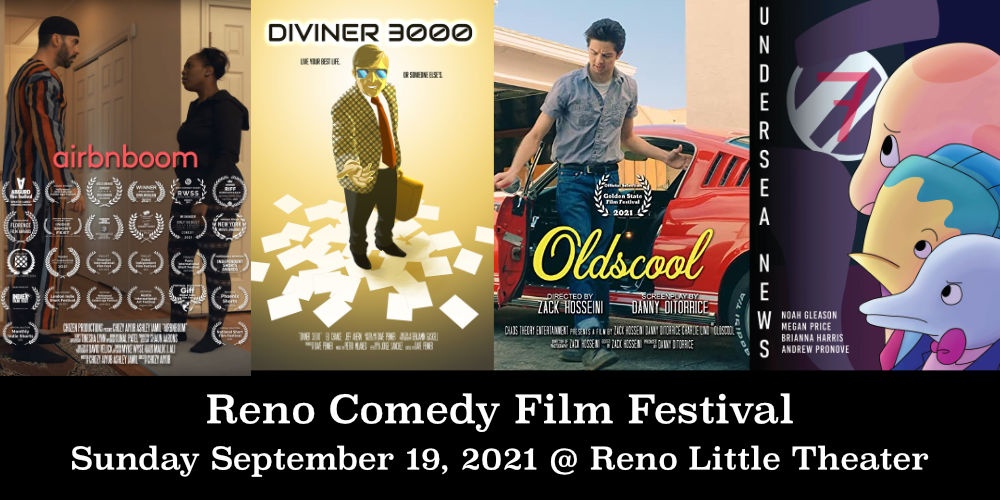 Check out the Reno Comedy Film Festival Spring 2021 Event Page for the recap from our event on Saturday March 27, 2021. The judges have announced all official selections and award winners, which took place at the West Wind Drive-In Theater in Sparks, NV. 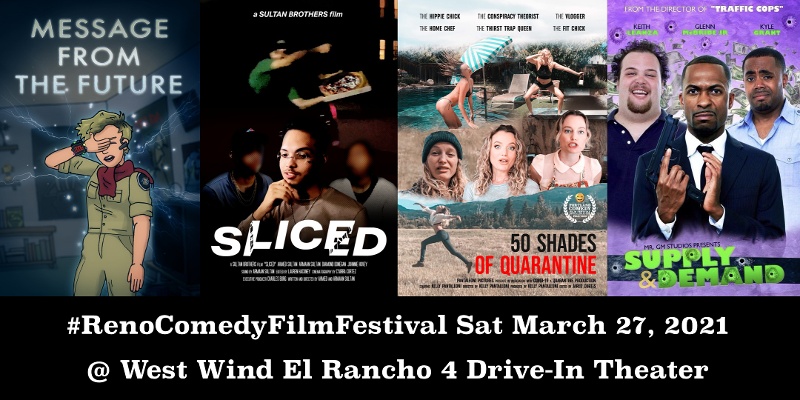